Let’s start with a few figures:

In 1997, the Deep Blue system, developed by IBM, succeeded in defeating the multiple chess world champion Garri Kimowitsch Kasparov in six games. A computer program that can play chess to this level was unquestionably a breakthrough. The area of artificial intelligence AI at the time hit a new milestone.

The term Artificial Intelligence refers to an area of ​​computer science that intends to mimic intelligent human behavior. A computer should therefore be programmed for problem-solving independently without the help of humans.

It processes perceptions, compares them with previously learned algorithms. It then derives a specific action or recommended action to achieve this goal.

How does AI Technology Work?

AI systems today essentially consist of neural networks trained with the help of machine learning or deep learning. Such a network is built up of several layers of artificial neurons. Each layer consists of several hundred or a thousand individual neurons.

Numerous hidden layers are connecting the input and output layers responsible for processing the information.

When, for example, a neuron from the input layer indicates that a line is curved. A neuron from the following layer can link this information with analogous signals from other neurons from the previous layer. It has then gathered the relevant information to conclude that the object analyzed is a circle.

This way, more complicated relations are built in each layer. The output layer then understands that a car is clearly depicted on an image or can even identify which car it is.

Of course, this example is an oversimplified instance of how artificial intelligence operates. The actual processes are much more complex.

How do you train artificial intelligence AI for specific tasks?

For artificial intelligence to work and differentiate, for example, a car from a bike, the computer ​​systems must first gain the required knowledge.

In practice, this typically happens through supervised learning. For instance, for computer vision, the AI ​​system must see and learn from countless pictures. These pictures might be of cars or of whatever it is supposed to learn.

It doesn’t make a difference whether it is pictures, texts, language, or another form of data. It is only essential that the training data record can be treated digitally.

In the learning process, weighted connections with the neurons of previous layers are also created. They identify relevant and irrelevant neurons of the prior layer. The weights adjust continuously during training until the best achievable outcome is ultimately obtained.

The reference test to identify a successful Artificial Intelligence AI algorithm is the Turing test. Here is how it goes.

On top of the computer, two human test subjects take part in the Turing test. Conversation happens via a keyboard without the test participants having sound or ocular contact.

One of the test persons talks with both the other test person and the computer. And then this person has to say which of his conversation partners was the machine.

If this person cannot answer this without hesitation, the machine intelligence passes the Turing test, which is deemed equivalent to humans’.

In the term artificial intelligence, there is the notion that a computer should be programmed to resolve problems independently. For this purpose, it has to process perceptions, i.e., input from the real world.

When recording information using cameras, 3D sensors take pictures of their surroundings. It is also known as computer vision.

It is currently used in the industry. There, artificial intelligence AI can be used, for example, for monitoring production. It can secure quality assurance, for instance, by checking the surface of a workpiece. It can also carry out a completeness check.

Image processing is also of use in another category of problem-solving: police and air force security. Indeed, it is possible to train a neural network on millions of pictures of human faces. Once trained, the artificial intelligence AI will be able to recognize individuals. It will be able to identify a male individual from a female one. It will be able to recognize a precise person even though its expression might be different. This exact use case for the usage of AI technology belongs to the category of narrow AI. It means an AI trained on a single, straightforward task.

Of course, as explained above, the system will be just as performant and efficient as its training data. Here is an example of such a flaw.

The Chicago police use the Clearview face recognition system to identify potential suspects. It has a database of existing convicted felons. The Chicago police have been sentenced for discrimination against African Americans. Such discrimination was proven to be true. Typically, the Clearview system falsely ‘recognized’ the wrong African American faces. When the issue was investigated further, it appeared as a flaw in the Clearview system. This artificial intelligence AI was trained on a particular task: identifying Caucasian people. When used on African Americans, it reached its limits. It falsely identified felons faces.

Voice recognition is another way that computer systems might record information. A person speaks or writes something, and the computer picks up what has been said or written. Again, the quality of the voice recognition depends on the data set used for training.

This technology is used, for instance, in clever chatbots. They have been used increasingly for communication with customers in recent years and voice assistants for smartphones, such as Siri from Apple.

How far is artificial intelligence AI?

Many people comprehend the advancement of artificial intelligence AI as a critical menace. It is the fear of independent machines that acquire a life of their own. It could be an intelligent system driving cars. Such an approach might resist the instructions of their developers.

Nevertheless, the practice seems slightly different. Artificial intelligence still depends on human teachers who feed it data. AI is a front-end that transforms the vast amount of data that big data brings into usable data.

But it can only draw the correct conclusions from the data if it has beforehand gained the appropriate experience.

AI is currently working fine when it comes to solving specific tasks in a particular area. However, it cannot now resolve elaborate problems from different departments simultaneously.

The AI research is working in this direction. Yet, it will still take a while until this time has come—the time when AI may even be equal to human intelligence.

Currently, amongst other things, the present hardware in the data centers is a barrier for the further growth of artificial intelligence AI. It was the leading cause for the AI winter experienced between 1990 and 2010. Due to the ever-increasing data records of AI applications, even large database systems will ultimately reach their limits.

Cloud computing is a ‘platform as a service. This technology lets users collate and share a pool of computing resources. Rather than investing in vast coalitions of hardware, office stations and ensuring connectivity with the data centers, a small business can rent rack space, maybe even lease unused CPU cycles. The most popular cloud computing platforms are Amazon, Salesforce, Google, IBM, and Zoho.

Therefore, one of the upcoming challenges will be implementing flexible and scalable software platforms. It must sustain the interaction between artificial intelligence and big data and further develop this promising technology.

To speak of strong AI, a corresponding system in all areas would have to reach the level of the human brain. 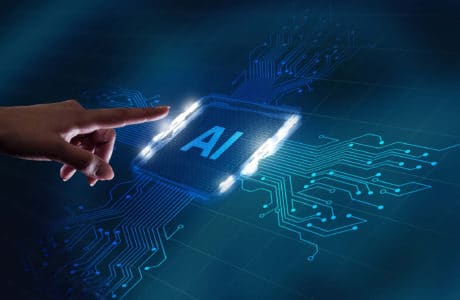 MyDataModels is among the 4 sample vendors chosen by Gartner for its “Hype Cycle for Artificial Intelligence, 2020.” 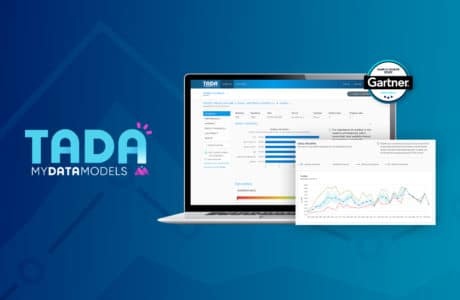 What is Machine Learning? – Beginners Edition 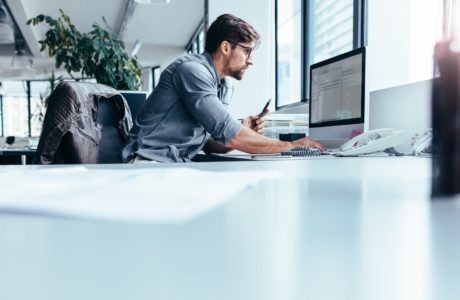 We use cookies on our website to give you the most relevant experience by remembering your preferences and repeat visits. By clicking “Accept”, you consent to the use of ALL the cookies.
Cookie settingsACCEPT ALL
Manage consent

This website uses cookies to improve your experience while you navigate through the website. Out of these, the cookies that are categorized as necessary are stored on your browser as they are essential for the working of basic functionalities of the website. We also use third-party cookies that help us analyze and understand how you use this website. These cookies will be stored in your browser only with your consent. You also have the option to opt-out of these cookies. But opting out of some of these cookies may affect your browsing experience.
Necessary Always Enabled

Performance cookies are used to understand and analyze the key performance indexes of the website which helps in delivering a better user experience for the visitors.

Analytical cookies are used to understand how visitors interact with the website. These cookies help provide information on metrics the number of visitors, bounce rate, traffic source, etc.

Advertisement cookies are used to provide visitors with relevant ads and marketing campaigns. These cookies track visitors across websites and collect information to provide customized ads.